The ongoing effort to end drug trafficking in Tewksbury has resulted in another major collar.

On Tuesday, Tewksbury police arrested three men and seized 1.5 kilos of heroin with an estimated street value of $300,000, according to information provided Chief Timothy Sheehan. 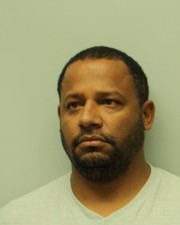 Wellington Tejeda, 34, of 1 Boston St., Lynn, Harry Marte, 39, of 10 Kempton St. Apt 1, Lawrence, and Bernardino Polanco, 44, of 80 Park St. 1st Fl, Lawrence have been charged with trafficking heroin over 200 grams and conspiracy. Tejeda was also charged with resisting arrest.   All suspects were due to be arraigned at Lowell District Court today (Aug. 27).

According to Sheehan, Investigators were conducting surveillance at the Home Depot when they observed three men acting suspiciously in the parking lot.  A stop of Tejeda’s vehicle was made on Main Street in Tewksbury. Tejada became combative with officers and was subdued after a brief struggle.  A search of Tejada’s vehicle found 1500 grams of heroin (1.5 kilograms).

The three suspects were booked at Tewksbury Police Headquarters, where it was learned Tejeda had an active immigration detainer for deportation from the Department of Homeland Security.