Bob Leo's Kitchen: So Where Did All Of That Halloween Candy Come From Anyway? 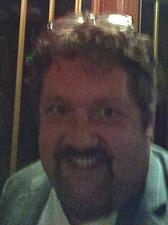 Re-united and it feels so good ...
OK that's a little much. It is good to be back working with my old friend Bill. For those of you who don't know him, Bill's one of the good guys around here and I'm glad to be back writing for him. Having said that I'll do my best to keep you amused and maybe expound on  a trade secret or two.
I'm one of those people with a curious mind, I'm full of useless knowledge and in light of the upcoming Halloween I couldn't help wondering why we give kids candy that evening.
I did a little research and what I found was fascinating if not useless. The original candy was honey. Makes sense, early man watching a bear have at a comb, must be good, right? How 'bout we roll some nuts or fruit in it, cool, really good. It was the ancient Persians, around 4 BC, who discovered "honey within the reeds" or what we would call sugar cane. The quest for sweets was on.
In 1519 the Spanish introduced cocoa from Mexico to Europe. Whoa ! lots of options here. Unfortunately, those options were limited to the wealthy. Back then sugar was very expensive and chocolate even more so. In the 17th century manufacturing made sugar more accessible to the common folk and by 1850 there were over 400 candy manufacturers in the USA.
Now candy is a very generic word, caramels, marshmallow, taffy, gummies, hard candies, brittle, chocolate, jelly beans, nougats the list goes on and on. The common denominator to all is sugar. Sugar in solutions, combined with different ingredients cooked at different temperature through various means molded into many shapes form candy. But, I re-iterate , why do we give it to kids on Halloween.
Let's go back to the beginning, on All Hallows Eve the night when spirits came to visit, the ancient Celts would leave a tray of food for their poltergeist visitors. As Christianity evolved during the Middle Ages less fortunate folk would dress in costume and go door to door and offer prayers for the dead in exchange for "soul cakes."
It wasn't until the 1930's that the modern tradition evolved. It is speculated that after the many hardships of the Great Depression, All Hallows Eve morphed into "Trick-or-Treat" with the emphasis on the trick.
The mischievousness continued and the practice of pranking became wide-spread. During the 40's and 50's a treat usually a cookie or small toy, perhaps a coin or some nuts would ensure a prank free evening.  The demand for a small inexpensive treats grew and as usual American manufacturers took full advantage. In the 1960's candy was the go to treat and by the 70's candy in every shape from fun size to giant pumpkins was the definitive treat.
So there you have it, come this Halloween when you a see a kid trading three fun size Snickers for bag of Skittles you'll know why.
Not that it will ever do you any good !
(Bob Leo is General Manager of the Tew-Mac Tavern at the Tewksbury Country Club. A self-professed "Restaurant Rat" with a passion for food, Bob has decades of experience working in the industry as both a chef and restaurant manager.)
Opinion
Follow us on Facebook at https://www.facebook.com/yourtewksburytoday/ Follow us on Twitter at @TewksburyToday Follow us on Instagram at YourTewksburyToday